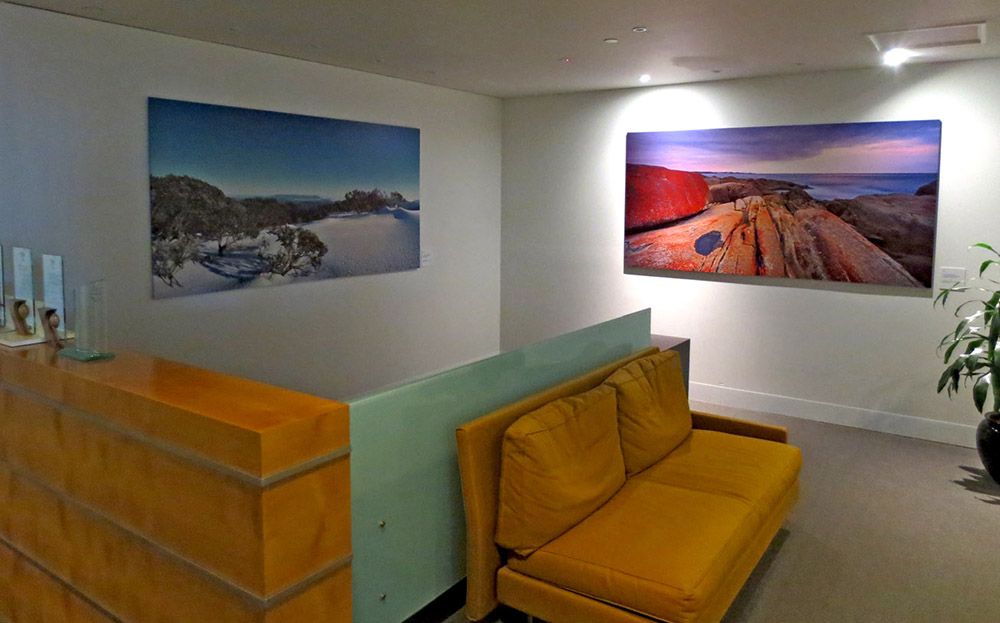 The following is the brief written by John Kean of Museum Victoria.

The opportunity to revitalise the reception space on level 3, Melborune Museum required a simple, strong solution.

Melborune Museum is anchored on the Cartesian axis, North – East – South – West. The museum’s vision is of ‘Exploring Victoria, Discovering the World’.

The resolution was accomplished by taking the notion of Exploring Victoria, and expressing it quite literally, on the four walls adjacent to the landing. The concept being that; if you were to stand in the space, and imagine the land beyond the walls of the museum, you would see the Victorian environment spreading out in front of your eyes. Large panoramic images of representative landscapes were required to fulfil the vision.

Mark Darragh has had a long association with the Museum. We contacted Mark and he generously made his folio of images available for the project. Four transparencies were selected, each taken in a national park at the geographic extremes of the state.

The sites selected were:

Mark’s transparencies were then printed in-house by MV Studios. The large scale images are now installed in level 3 Melbourne Museum.

As the doors of the lift open, visitors and museum staff will be greeted with spectacular images of the Victorian environment.
Next
Previous